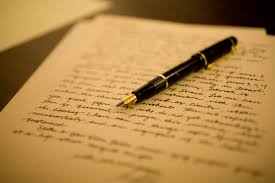 In an effort to save money and to encourage prompt Medicaid applications, Florida has petitioned the Centers for Medicare and Medicaid Services (CMS) to eliminate the current three-month retroactive Medicaid coverage for those Floridians who happen to qualify for benefits before they get a chance to apply. This would be a huge loss for the destitute and elderly who need Medicaid the most. It also especially hurts those who become unexpectedly ill or injured (and do not have the immediate ability to apply for Florida Medicaid).

Furthermore, Florida’s Medicaid eligibility criteria are extremely complex and not readily accessible to the public (which is why many choose to consult with a Medicaid-planning Elder Law Attorney). Also, a large number of people simply do not know they are currently Medicaid eligible or the circumstances when they would become eligible.

The activists at Justice in Aging have drafted a sample opposition letter that they are encouraging all concerned to utilize and send to CMS. Below is the letter I have sent and I encourage you to copy/paste and edit as you will and mail into the address indicated below.

The Centers for Medicare & Medicaid Services

I/we write to oppose the Florida Agency for Health Care Administration’s proposal to waive the federal protection that provides up to three months of retroactive Medicaid coverage for Managed Medical Assistance (MMA) program recipients.  Under the proposal, the MMA program could provide coverage only as far back as the first day of the month of application.

Retroactive Medicaid Coverage Is Vital to Many Consumers.

To protect consumers in situations such as these, federal Medicaid law requires that Medicaid coverage be retroactive up to three months prior to the application month, if the applicant met Medicaid eligibility standards for the month(s) in question.  This protection ensures that persons are not saddled with uncovered medical bills just because they received care close to the end of a month, and/or they were not able, due to medical condition or otherwise, to promptly file a Medicaid application.

In addition, for those who are eligible for Medicaid coverage that helps pay for their Medicare premiums, eliminating retroactive coverage cannot meet a purported goal of encouraging individuals to acquire health insurance promptly as these individuals already have Medicare. Instead, this proposal would exacerbate the financial burden of health care costs for older and disabled individuals with low incomes.

The Proposed Waiver Would Fail to Promote the Medicaid Program’s Objectives.

Under federal law, Medicaid demonstration waivers are allowed only if they are “likely to assist in promoting the objectives” of the Medicaid program.  This proposal fails to meet this standard. The application does not identify a specific proposition to be tested. Instead, the application states that the objective is to “enhance fiscal predictability,” but this is accomplished by denying health care coverage to persons who desperately need it. Waivers should be used to improve coverage,not to leave Medicaid-eligible persons without coverage when they have healthcare needs, especially when those needs are unpredictable.

The application could be read to imply that the state intends to test whether elimination of retroactive coverage would encourage Floridians to maintain coverage and apply for Medicaid as soon as they are eligible, but such a test would be contrary to the Medicaid program’s objective to protect low-income persons who otherwise cannot afford needed health care.

Furthermore, as discussed above, even if a person is able to start preparing an application for Medicaid as soon as they are eligible, the process may take weeks or months. Eliminating retroactive coverage would put Medicaid-eligible persons in grave financial risk and could mean they do not get necessary care because they cannot afford it.

Thank you for considering these comments. I urge CMS to reject this amendment — it would harm the low-income Floridians whom the Medicaid program should be protecting.

(obviously replace with your name)