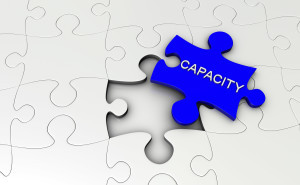 In 1891, the Supreme Court of Florida,in Waterman v. Higgins, 10 So. 97(1891) established the test for incompetency in Florida (for contract matters):

"The sole question is whether [the alleged incompetent], at the time he executed the deed, had sufficient intelligence to understand fully the nature and effect of the transaction." Id. at 100 (emphasis added). Aff’d by Douglas v. Ogle, 85 So.243 (1920). In Donnelly v. Mann,68 So. 2d 584, 586 (Fla. 1953) (citing Douglas v. Ogle), the Florida Supreme court noted that, "mere weakness of mind, unaccompanied by any other inequitable incident, if the person has sufficient intelligence to understand the nature of the transaction and is left to act upon his own freewill, is not a sufficient ground to set aside an agreement."

When someone bring suit claiming they were incompetent to enter into the transaction, a court will look at certain factors:

Murrey v. Barnett Nat’l Bank, 74 So. 2d 647 (Fla. 1954) explained that feebleness of body and mind does not create a presumption of incompetence nor authorize a court to set aside a contract (noting that even a lunatic can make a contract during a lucid interval). In Murrey, the appellant sought to set aside a trust agreement on the grounds that the signor was 86, senile, living in a convalescent home and unable to understand the effect of the agreement. The court determined that even though she was not as vigorous (mentally or physically) did not mean that she was unable to make a will or sell properly during a lucid interval. The court also noted that no beneficiary benefited more or less because of the trust agreement (in contrast to the Haynsworth case). See also Shepard v. Fla. Power Corp., M.D. Fla 2011 at 10.

According to Raimi v. Furlong, 702 So. 2d 1273 (Fla. 3d DCA 1997). The test for testamentary capacity is lower than the test for capacity to contract. The Raimi court pointed out that even an insane person may execute a valid will during a lucid interval. In fact, the court stated that a, "testator may still have testamentary capacity to execute a valid will even though he may frequently be intoxicated, use narcotics, have an enfeebled mind, failing memory … vacillating judgment."

In short: “testamentary capacity is determined solely by the testator's mental state at the time the will was executed.”

Another point from the Raimi case is important: the court determined that evidence of the decedent’s general incapacity was insufficient because it must consider the possibility of the subject being able to have a lucid interval.

American Red Cross v.Estate of Haynsworth, 708 So. 2d 602 (Fla. 3d DCA 1998)first explained that a “lucid interval” is a period of time when a person returns to a state of comprehension and possesses testamentary capacity.

Testamentary capacity is found when the testator is of“sound mind” and can comprehend in a general way the nature and extent of the property to be disposed of and those who are to benefit from that property from the Will and general process of will-making.

In this case, Mr. Haynsworth had already executed two wills, and was subsequently determined to be totally incapacitated. After the incapacity determination, a third will was signed substantially increasing the amounts left to a niece who sought to invalidate the first two wills and produced two psychiatric experts who opined that Mr. Haynsworth COULD have signed the new Will during a lucid interval….but neither examined him near the relevant time when the third will was signed.

The Am. Red Cross court explained that once the testator, “has been declared legally incompetent, it must be proved that the testator returned to a state of testamentary capacity by demonstrating that the will was executed during a lucid moment.”

The term"lucid interval" does not mean just a moment of awareness. In American Red Cross, the Third District Court of Appeals explained:"A 'lucid moment' is a period of time during which the testator returned to a state of comprehension and possessed actual testamentary capacity."

Be careful though: See In re: Estate of  Lamberson, 407 So. 2d 358 (Fla. 5th DCA 1981): If a significant beneficiary under a will occupies a confidential relationship with the testator and is active in the procurement of the contested will, the presumption of undue influence may arise.

Is the client alert and oriented?