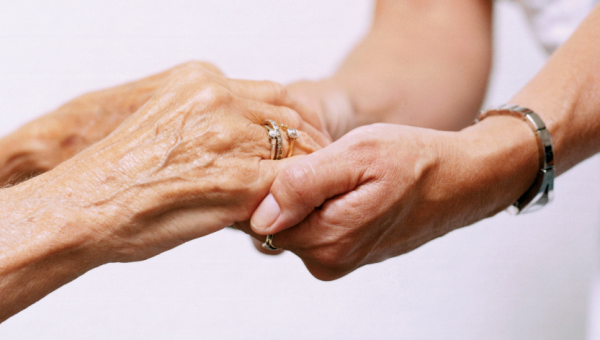 This article is specifically geared toward explaining Medicaid planning in a guardianship context and, I hope, will be useful to both professional guardians and family members who petition for guardianship in order to take care of a loved one who becomes unable to take care of themselves.

When should Guardians or Professional Guardians Consider Medicaid Planning?

Guardianship requires proving that someone has lost the capacity to make certain (or all) decisions regarding their well being, and becomes especially necessary if the alleged incapacitated person failed to sign a comprehensive and durable power of attorney. Even if a valid durable power of attorney was previously executed, guardianship may be sought if, for example, one believes that the agent is abusing the power granted to them by the POA (or failing to act; or making well-intentioned, yet poor, decisions on behalf of the principal).

Typically, when an elderly individual loses capacity, they also happen to be in need of long-term care (i.e. quality home health aids, a memory unit in an ALF, or skilled nursing care)

When guardianship is sought for one who is elderly, I firmly believe that the one petitioning for guardianship ought to be thinking about Medicaid Planning (and VA planning if applicable) immediately. In fact, it can be argued, that unless the ward is considerably wealthy with significant resources, the current or eventual guardian has a fiduciary obligation to engage in Medicaid planning with an elder care lawyer - since the guardian is obligated to be a good steward of the ward's resources. Conserving those resources through legal and ethical Medicaid planning is, most certainly, in the ward's best interest.

The professional guardian, or family member who becomes guardian should then consult with an elder care attorney who can assist in developing a Medicaid plan on behalf of the ward so it can be approved by the guardianship judge. In my experience as an elder care attorney, I find that guardianship judges appreciate these efforts to conserve the ward's assets and get extra help for the ward wherever possible - once it is properly explained.

Medicaid planning in a guardianship context adds extra layers of complexity because the ward (usually) is not speaking for themselves and Medicaid planning often involves moving around assets, or converting existing countable assets into medicaid-exempt assets.

I try to be extra conservative - mirroring the ward's previously-executed estate plan when the need to transfer assets exists - to prevent other non-guardian heirs (especially when the guardian is a family member and heir) from objecting or taking action to the detriment of the ward. However, sometimes Medicaid plans require frustrating the initial estate planning intentions. This is because my first priority (and the guardians first priority) is doing whatever it takes to ensure that the ward is well looked after, and given the highest-possible quality of care and quality of life given their circumstances.

How a Medicaid Lawyer Works with the Guardian or Guardianship Attorney

The elder care lawyer can assist by developing a proposed plan that the guardian or guardianship attorney can present to the guardianship court for approval. The plan would be attached as an exhibit and would, in great detail, explain what we propose to do with the assets and how, once a court order is granted approving the Medicaid plan, it will substantially help the ward receive extra care or provide him/her with additional resources. The Medicaid lawyer can also be available to appear in court to explain the benefits of the Medicaid plan should the judge have questions. I also like to provide the judge with options.

Essentially, I want my Medicaid plans to be beyond reproach - always in the best interests of the incapacitated person.

An example of a "you can't make everyone happy" situation occurred when I was working on case involving an incapacitated person who had two children: a son and daughter. The son lived in New York. The daughter lived in Florida with her father, and spent roughly 25 hours a week taking care of her father as his caregiver. In fact, the daughter who previously worked full time, now only worked part-time because of her father's needs. The daughter had obtained guardianship and came to me to discuss how to get her father/ward Medicaid eligible. The Ward's Last Will and Testament (validly signed when the ward had capacity) left everything to both children equally.

The plan was very simple. We proposed to the guardianship judge that we put Dad's excess resources into a pooled special needs trust. The pooled special needs trust would be authorized to pay the guardian $625.00/week representing 25 hours of the guardian's care-giving time (or more if warranted as Dad's condition was not expected to improve - the guardian would keep track of her caregiving hours and submit them to the court periodically). This would allow the daughter to breath a little easier knowing that she could get some funds to make up for the income shortfall as a result of her having to reduce her hours at her normal job. Home and community based Medicaid would kick in and (a) give Dad the extra care he needed and (b) give the daughter a break every once in a while.

The guardianship judge loved this plan because Dad's money was being protected while allowing him to continue to live with his loving daughter as caregiver and receive extra care that he otherwise would not have been able to receive for very long.

The daughter loved the plan because she wanted to keep her father at home (and avoid putting him in an institution for as long as possible) and alleviated some of her financial worries and allow her to take better personal care of herself.

The son didn't love the plan because it would mean significantly less money for him when Dad passed away. However, everyone eventually agreed that this was all in Dad's best interests.

If you are a guardian, professional guardian, or guardianship attorney, please feel free to consult with me should the need to preserve a ward's assets arise. Medicaid and VA planning are excellent and useful tools to help the incapacitated person lead the highest possible quality of life.